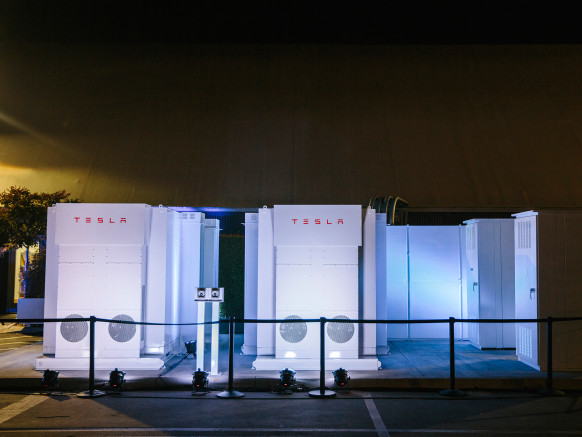 Just last week Elon Musk announced that Tesla would be producing the next great advancement in battery storage. Until now, battery storage for Photovoltaic Systems were costly, unreliable and required a large amount of space. That has all changed with the Powerwall. For only $3500 anyone can now purchase a 10kw storage system that will allow off grid operation of a home or building. As Musk stated in his announcement, this could be as revolutionary as the cell phone and as ubiquitous as the smart phone. We will no longer need wires to bring power to the world, and we will no longer rely on fossil fuels for our power sources.

What exactly does this have to do with high performance building? Generally, we building science geeks tend to focus on ways in which we can eliminate waste and reduce the amount of energy required to operate a building. We design and construct building envelopes that reduce air infiltration, and manage our heat with high levels of insulation. Squeezing out every last BTU in our designs until we can comfortably heat with a blow dryer. These are all noble goals and once critical mass is met will help significantly reduce the amount of fossil fuels we consume. Ultimately, however, no matter how efficient we become, we are consumers. In order for a Passive building or a near Passive building to be net zero energy it must produce power. Combining the two technologies would be a powerful force that could literally convert the world to only renewable energy production.

In Musk’s presentation he pointed out several astounding facts that make the previous statement more real than we might think. Musk explained the the surface area required to power the United States completely using solar was equivalent to a square the size of the

northern Texas handle and that the area of battery required to mange this production was a tiny dot in the middle of it all. The United States would need 160 million 100kw Powerpacks, (Tesla’s utility grade battery system), to transition entirely to renewable energy. While this is quite impressive there is a key variable that gets ignored in Musk’s presentation that would make this transition faster. Status quo ruled Tesla’s assumptions as it related to the worlds energy consumption. As we all know the majority of the that energy is consumed by buildings. What if we combined Tesla’s world vision with the continued proliferation of Passive House?

Passive House seeks to reduce the total required energy to run a facility by up to 90%. This type of construction is becoming more prevalent and in some cases required throughout the United States and the World. This reduction in energy consumption would make adding renewables more obtainable. Individual buildings would require significantly less PV and fewer batteries in order to operate entirely off the grid. Less money spent on the renewable side of the equation would mean more money for energy efficient strategies and materials. Combined with more aggressive governmental policies reducing carbon use, like we see in Fort Collins, flattening the Keeling Curve becomes more realistic.

AE Building Systems is proud to be part of a global movement to be better stewards of our planet. Make no mistake, that while we tout the personal benefits of building more efficient, we have a clear vision of making the world a better place. Leaving a cleaner environment for our children. By providing education and product that reduce building energy consumption we approach the problem from the opposite side of Tesla. Soon we hope to meet in the middle.