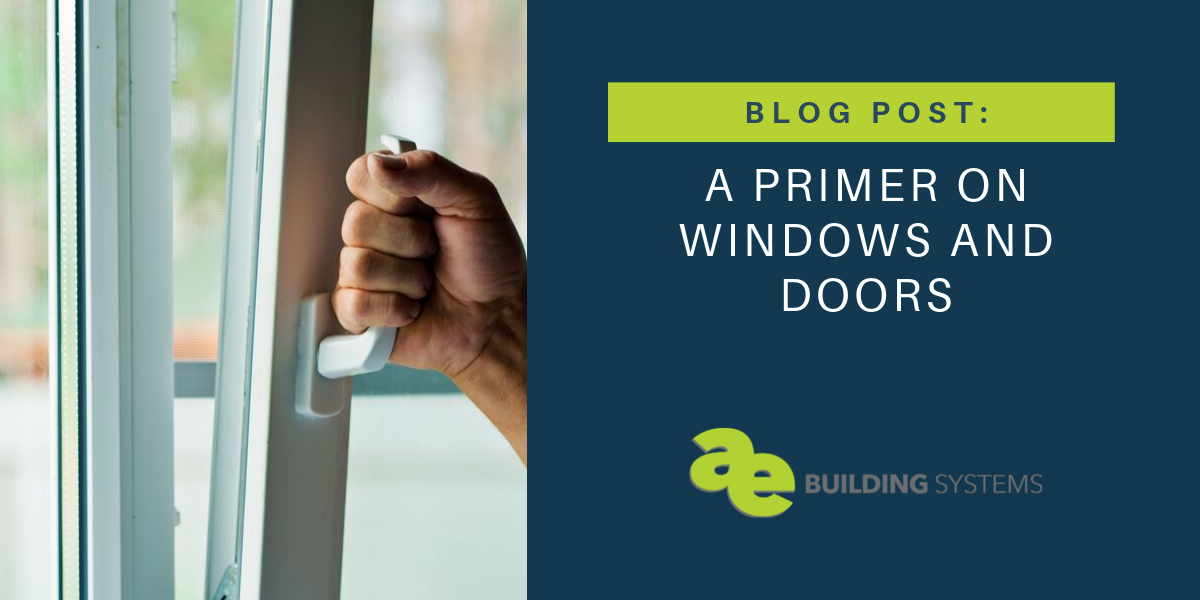 Knock knock.
Who’s there?
Harry.
Harry who?
… Harry up and answer the door so we can talk about that big hole in your building!

There are lots of things we geek out about over here, and gaping spaces in buildings get our full attention. First-world countries have come a long way since the Three Little Pigs style of building, and we’ve learned a few things about thermodynamics.

If you were to take a gander at the headlines for some of our other blog posts, you might guess (correctly) that we’re a little bit obsessed with thermal performance. Keeping heat in and out – consistently – is a big deal no matter whether we’re talking about a hotel, an office complex, or your own home. Of course, it goes beyond comfort: maintaining temperatures the right way can have a big impact on your wallet.

If you’re putting in the effort (and money) to insulate your home well and mitigate heat loss and thermal bridging, it sure makes a lot of sense to peer into the situation created by your windows and doors.

Let’s look in to windows first.

Windows occupy, on average, 20% of wall space. But they’re responsible for more heat transfer per square foot than any other surface in your home. So if you’ve been patting yourself on the back for a job well done with insulation and think you can make sacrifices on the windows, sorry folks – windows are worth the investment.

There needn’t be a battle between letting the light in and settling for a closed-in space. Fortunately, there are some great products out there that let you create both Instagram-worthy spaces and the cost savings of a well-insulated environment.

Here are a few things to ask yourself when shopping for windows:

Let’s fling open the sash, shall we?

US windows vs. European windows

We’ll just get this out of the way first: If you’re new to window shopping, you may be confused by the whole US- vs. Euro-style window thing. In Europe, energy costs a whole lot more, so their windows tend to be extra energy efficient. This is accomplished in many ways, from high-performance frames and glass, to a higher quality and attention to detail. Even the way they open is designed to maximize energy efficiency.

Here at AE Building, we’re partial to European-style windows that are made in the USA.

Functionality and durability should be considered right up there with energy efficiency. That includes the material used, how the window will open, and what you need the window to do for you (let the light in, let air in, or even potentially let people out).

These windows are called fixed because – surprise surprise – they don’t open. If you want light but don’t need airflow, these windows are a simple (and less costly) way to go. Fixed windows usually perform better than operable windows as well, both thermally and in terms of air infiltration.

These dual-functioning windows have hinges both at the bottom (so you can tilt it open at the top) and the side (to swing the window open). They’re more thermally efficient, so they’re popular in Europe, and can be more expensive. Note that the turn/swing function is to the inside and not to the outside like typical US-style casement windows with a crank handle.

Casement windows are usually rectangular windows that are tall and narrow. They are hinged on one side of the frame and the other side has a cranking mechanism to open the window for ventilation. They open outward.

Hopper windows have a hinge on the bottom that allows the top edge to tilt or open into the room a few inches. They’re usually opened with a handle at the top of the sash and can be difficult to reach on tall windows.

Awning windows are similar to hopper windows, except the hinge is on the top and they open to the outside from the bottom of the sash.

Sliding windows slide open on a horizontal track. We generally steer our clients away from sliders and hungs because their air infiltration rates tend to be not as great (due to the open seam around the operable portion of the windows). However, there are times when sliders and hungs are a better choice. Talk to us if you need help deciding!

Where a double-hung window lets you open both sashes, top and bottom, a single-hung window only opens on the top or bottom. Here again, we try to avoid these due to the air infiltration rates, although hung windows can be advantageous where you don’t want a tilt/turn intruding into your space or a casement window opening out to a deck. There are also historical considerations with hung windows as they were the primary option for operation in older buildings.

This independent, third-party certification agency assigns specific energy efficiency measures to complete window system, from frame to glass. (“Fenestration” has to do with windows and doors – if you skipped fifth grade or Shakespeare class, “defenestration” is to be thrown out of a window).

U-factor measures how well a window prevents heat from moving through the window’s materials – in or out. The lower the U-value, the less heat is lost in winter. These ratings generally fall between 0.20 and 1.20, with the higher rating being, say, a single-glazed window with aluminum frames, while a triple-glazed window might get a rating of 0.20 and even lower depending on the gas that used within the glass unit. These days, you can get quad pane glass which can run even lower – into 0.10 +/- U-values.

This one’s simple enough: Visible Transmittance measures how much natural light is able to pass through the window. It’s influenced by the number of panes and glass coatings.

A number between 0 and 1, the SHGC looks at solar radiation transmitted through a window or door. The lower the number, the less solar heat it transmits (= more shading). Some people rely on a center-of-glass or glass-only SHGC, which will give a higher number. Full window values include the frame, which has no solar heat gain. The direction your window faces, whether or not it’s shaded, and your climate zone will drive the optimal SHGC for your windows. For example, in colder climates, you want to collect solar heat on the south elevation of the home and block it on your west elevation to minimize overheating in the summer.

Now that we’ve got a handle on windows, let’s cover the next gaping hole in your building. Entry doors, interior doors, wood, steel, vinyl, with glass or without, one lock or many… When it comes to doors, you’ve got options.

US doors vs. European doors

Balcony doors are a popular choice for accessing exterior living spaces like… balconies (go figure, right?). Because they have a higher threshold, they are generally not used as main entry or in high-traffic doorways.

For a quick mental picture of a swing door, recall any old Western movie scene where a man with spurs and chaps bursts through the saloon doors. The in-and-out swing of those doors is what gives these hinged doors their name. Thankfully, we’re looking at much more elegant and airtight solutions these days (for starters: hinges, not springs).

You’re familiar with sliding doors, and the “lift and slide” door takes things to the next level. The “lift” action here utilizes a system of levers and wheels to lift the door up from its position flush against the floor/seal and move with little friction across an internal track. The lift function lifts the door out of an air seal and slides it open. Lift-slide doors generally seal better than typical US-style sliding doors.

For a closer look, check out our Advantage Classic or Mira lines, available as windows and doors.

Tilt and glide doors slide open, with the added flexibility of tilting open at the top for ventilation. The advantage of this tilt is that it’s secure when tilted – kids stay inside, animals stay outside (or inside), and the door remains locked.

For a closer look, check out our Tyrol Line.

A note on multipoint locking

As the primary point of entry for your building, doors generally have a higher security threshold than windows. Multipoint locks are more common in European doors and usually include a deadbolt, live latch, and several additional locking pins around the door sash.

Hopefully this primer has helped clarify some of your questions and given you some ideas about what kind of window or door is best for your unique scenario. We’re proud to provide made in the US, European-style windows and doors that are Passive House certified. We’re here if you have any questions, so don’t hesitate to reach out.

In our next post, we’ll get into installation methods. Stay tuned!

2 thoughts on “A Primer on Windows and Doors”